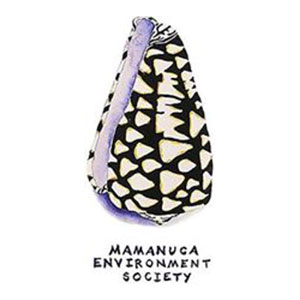 The Mamanuca Environment Society has again been boosted with the inclusion of three volunteers to be part of the team.

Project manager, Marica Vakacola stated in the society’s annual general meeting that the effort put in by volunteers has resulted in the better performance and timely completion of work done by the society after another year of hard work.

With the team are Merewairita Likumasidreu, Eleni Nayacaibuna and Kristin McCutcheon who joined us from the US.

Kristin is a scholar of Columbia College in Chicago and holds a Bachelor of Arts majoring in Digital Media Technology with honors. She has volunteered with several conservation organizations in Australia and the experience that she brought with her does help a lot with the work that she was assigned to in the society. She had previously volunteered as a teacher, and her major commitment with the society includes helping out with every aspect of the society’s school program. She had already conducted classes with schools from the island such as Mana SDA and Malolo District School which is based on the island of Malolo.

Merewairita Liku hails from Momi, Raviravi in Nadroga and had also graduated with a Bachelor Degree from USP majoring in Geography and Land Use Planning. She is interested in raising awareness to the community on the importance of conserving the environment and it’s good that it will bring upon the people.

In addition, Eleni who hails from Rukua in Beqa joined in the society with the objective of getting experience and at the same time give in her support to the society’s objectives. She holds a Diploma in Environmental Science and also Bachelor in Applied Science Environment. She had previously worked as a volunteer with Wildlife Conservation Society participating on their socio-economic survey and Sea web by entering data on their campaign “4Fiji Campaign”. Both Liku and Eleni joined the team to Yanuya for the consultation as part of the Turtle Project Survey.

MES would like to thank the trio for their interest and commitment to the organization and hoped that they are enjoying and at the same time learning new ideas that would help them with their future endeavor.