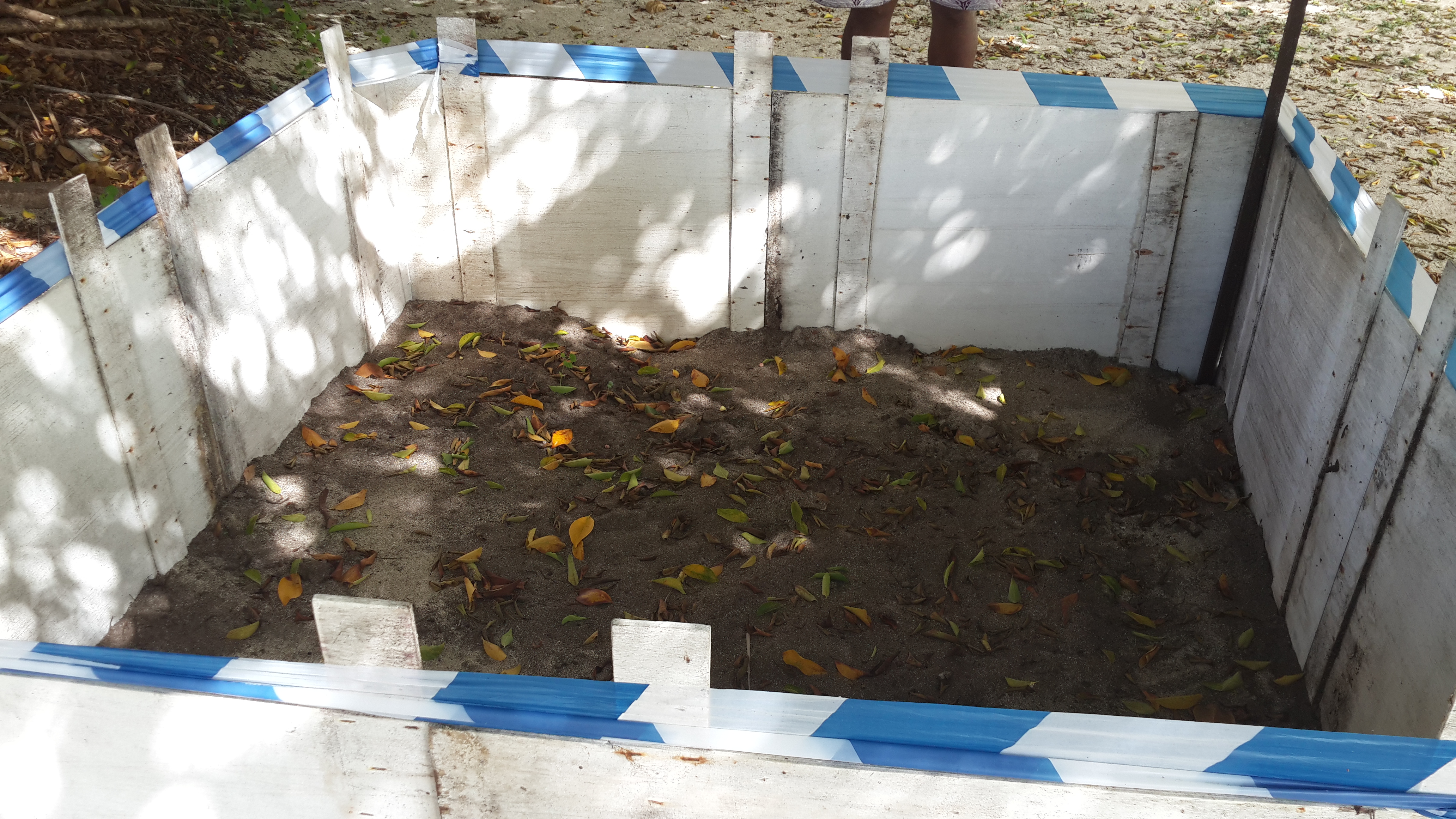 Sea turtles have lived in the world’s oceans for over 150 million years. Sadly, these ancient reptiles are now globally threatened with extinction. Mamanuca Environment Society together with its member resorts and community stakeholders are leading the conservation of the critically endangered sea turtle around the Mamanuca group of islands.

The Mamanuca Islands are one of the major nesting sites for Green turtle and Hawksbill turtle and are being overexploited for traditional use in the Mamanuca Group and the Fiji Islands in general. The Mamanuca Turtle Conservation Project is funded by UNDP – GEF Small grant programme implements conservation work conducted to member resorts, local communities as well as targeting schools in the Mamanuca Region.

Turtle nesting period is from October to April while peak nesting season is from December to January.

A green turtle was found to be nesting in Kadavu Lailai home to Bounty Island Resort on the 7th of December 2014. This has been an eye catching event for most of the guest and staff of Bounty on the day of nesting. According to Bola, the Marine activities attendant, the nester was found nesting around 10.30am and return back around 2o’clock in the afternoon. The nest has been demarcated and barricades constructed to keep the nest from being walked over or raked. The same nester returned to Bounty on the 20th of December and laid a second clutch of eggs close by the first clutch, returning for the third time on the morning of 2nd January, but this was a false crawl as no eggs were laid.

MES team is looking forward to be on sight when the first clutch of eggs hatch around the first week of February.