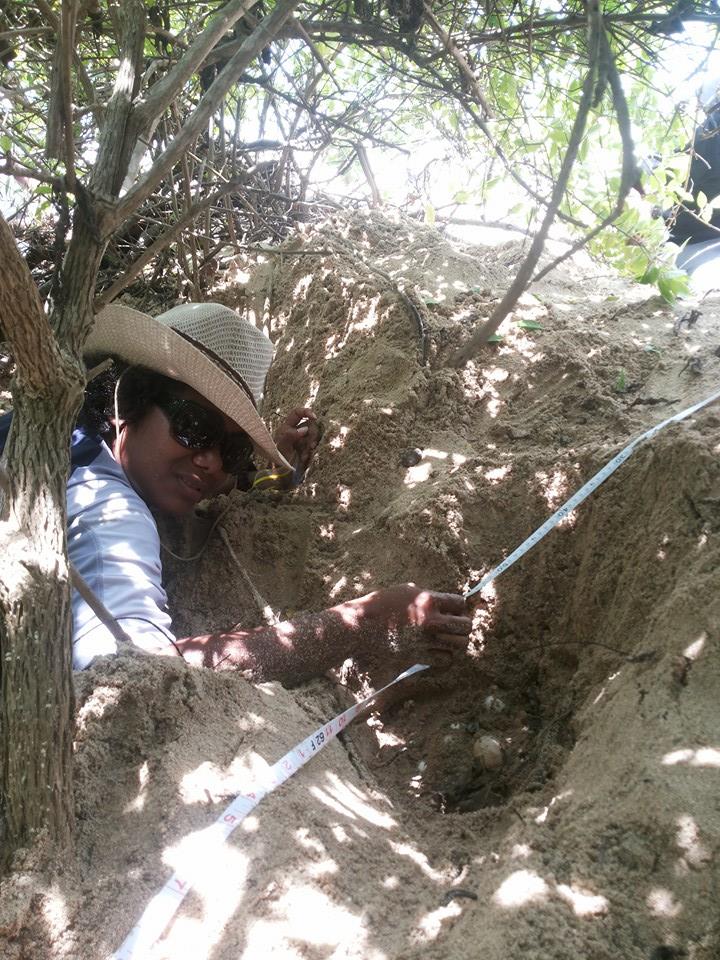 During this peak nesting season of sea turtles in the Mamanucas, the Mamanuca Environment Society are taking action for the plight of one of the worlds oldest creatures. Sea turtles are endangered globally. With only seven known species worldwide, two common species that frequent and nest in the Mamanuca Islands; the Green turtle (Chelonia mydas) is listed as “vulnerable” and the Hawksbill turtle (Eretmochelys imbricate) is listed as “critically endangered” by the World Conservation Union (IUCN).

Green and Hawksbill turtles roam the Mamanuca waters and are usually sighted feeding on sea grass patches along Roro reef. Yet more exciting is the nesting season, when resort staff or villagers in the islands of the Mamanuca group wake to see turtle crawl tracks on the beach, catch that elusive moment of a nester laying her eggs and smartly covering up and disguising the nest or just to catch that glimpse of the big mother turtle returning to sea after her laborious task.

For the past three consecutive weeks MES have been island hopping from resorts and uninhabited islands in the Mamanucas for the greater good of saving one of Fiji’s iconic species. While camping out on uninhabited islands or staying at the resorts carrying out Turtle Biological Survey, the team with its busy schedule continue to make time to go out and create awareness with resort staff, and nearby communities on the importance of saving sea turtle population and on the current Turtle Moratorium.

Having two to three teams at a time assigned to a site, the opportunity to make the societies work with sea turtles known is grasped firmly, delivering to guests, tour guides, locals and even day trippers that visit favourite picnic spots such as Monuriki – an uninhabited island. The team camping out on Monuriki island targeted any visitors to the island with turtle information, the same was done on Mana island, whereby team assigned there targeted the adjacent small settlement Yaro-Levu. The Yaro –Levu community were visited by the MES team from house to house, conducting social-economic survey gathering information on household fish consumption and traditional knowledge associated with turtle conservation. Later in the evening the community were invited to an information sharing session on the current turtle conservation project in the Mamanucas. While students and children were targeted the first night on a specially designed turtle awareness program to suit them, they flocked once again to the adult session, keen to learn more.

This week the team are again assigned to three more nesting sites, a team at Namotu, a team at Tavarua and a team at South Sea Island. The South Sea island team are incorporating turtle biological survey and awareness targeting day trippers to the island while the team in Namotu and Tavarua will be engaged in night awareness program with the staff and inform guest and surfers and guests on MES hopes that during this peak nesting season, many more people have become aware of the turtle moratorium and the importance of saving our sea turtles.