School Program and Eco club continues in the Mamanucas 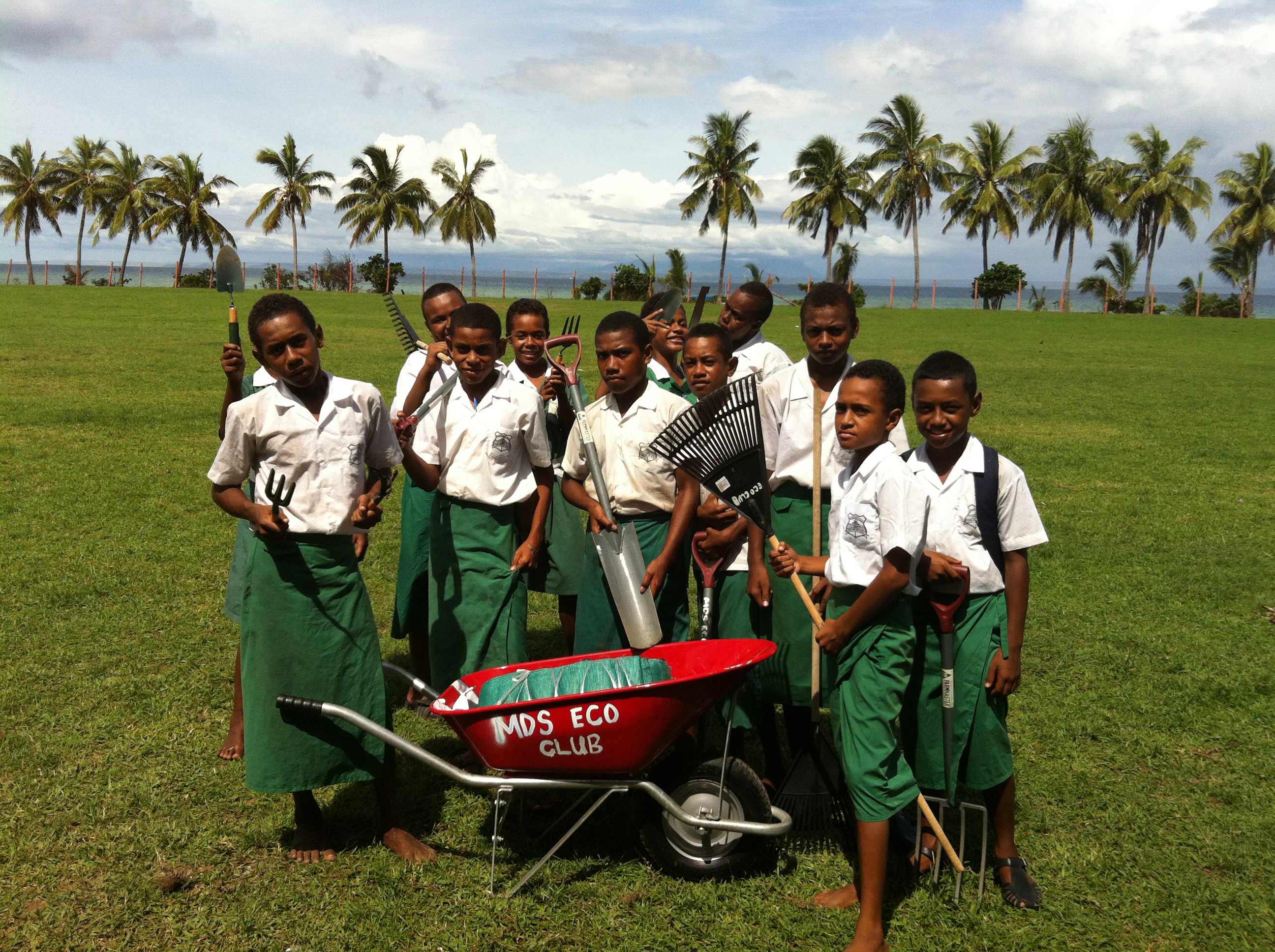 On the 27th of January the Environment school program and Eco clubs began in the three schools of Mana, Malolo and Namamanuca Primary School, including the two kindergartens of Navatalesau on Yaro village and Motu kindergarten on Tavua village.

Respective school head teachers did not hesitate to approve the continuation of the program in their schools, as the program proved beneficial to the students learning not only inside the classroom or within the school vicinity but is continuing to make an impact in the students community.

The Environment School program, now in its 15th year, has seen approximately 1,125 students from the three island schools participate in this program. The program caters for year seven students, while Eco club members are from year four to eight. The environment program is taught form a supplementary text written by the society titled Introduction to environment Education, which covers thirteen topics from Ridge to reef, waste management and climate change. MES have also acquired teaching licenses for its staff, to deliver lessons in schools. The environment program is conducted in the course of 12 weeks, where at the end of the course the participants receive a certificate of completion.

The Mamanuca Eco clubs is funded by the Outrigger group of Hotels, as part of their commitment to protecting coral reef systems in tropical destinations. With the funding from Outrigger MES have established Eco clubs in the three schools of Namamanuca, Malolo and Mana SDA schools including two kindergartens Navatalesau and Motu in October of 2015. In the Eco club program, registered members are involved in various activities. With set out activities drawn for each month, the next two months will be spent working on new projects as well as continuing from projects initiated last year. Projects that current members are involved in include a plastic bottle drive, waste audits, beach clean ups, 3R projects turning waste into art, composting, plant nursery and organic farming. Few of these projects were started last year, with a few more introduced this year and are being carried out simultaneously. While each project is conducted simultaneously, the Eco club members are also gearing up for the Launch of their Eco club to be held on the 1st of April, where members will get the opportunity to showcase their projects at the same time share what they have learnt with their peers and members of their community.