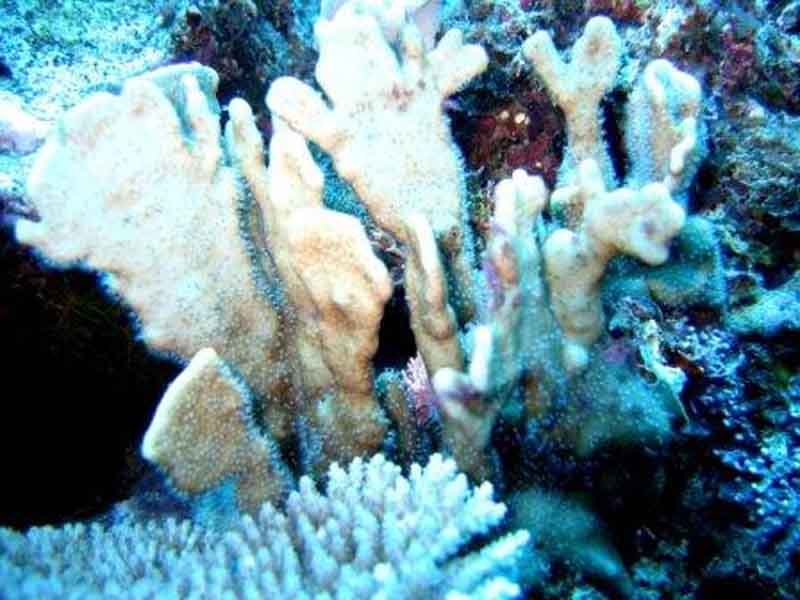 MES team have been tasked to do a thorough survey on in-house reef of those interested member resorts including some snorkeling after Tropical Cyclone Winston hit Fiji. The task objective  is to assess the impacts of Tropical Cyclone Winston together with the mass bleaching activity that has been reported to be occurring on resorts in-house reefs in the Mamanuca region.

The assessment team consists of 2 MES staff, Filomena (Marine Education Awareness Officer) and Kolinio (Technical Field Officer), who have carried out the assessment and saw minimal damage, was done by TC Winston but 50-80% of all the surveyed reef have been affected by the bleaching activity. The method that was used in assessing the reef was done by using a 1m x 1m quadrant and randomly placed along the surveyed reef where the bleached corals present in the quadrant was tallied and recorded.

The assessment report was compiled and it was evident that Acropora species was greatly affected by the two natural threats, Tropical Cyclone Winston and Global Climate Change, which occurred side by side that, resulted in the degradation of the reef health status in the region. During the assessment, it was obvious that common reef fish together with ornamental fish were low in abundance. Now, MES has been working closely with member resorts in doing activities that will aid in the conservation of the affected reef by doing coral planting, crown-of-thorns monitoring, and doing awareness presentation to guests with the aim of trying to retain what was lost after the TC Winston and the bleaching activity that occurred in the region. MES would like to thank its member resorts for their continuous support in the marine conservation work they have carried out in the Mamanuca region.