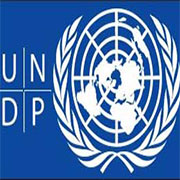 The UNDP workshop/display was held on Saturday April 26th at the Nadi Town Council Chambers.

It was a half day workshop which consists of participants from the different villages in the Yasawas. The workshop was based on the farming techniques that could be used by the different island at the Yasawas to address the recent climate change crisis that they currently facing.

There was a surprise visit from the UNDP executive board headquarter in New York, lead by the chairman Mr. Peter Thomson.

Mr. Thomson is currently Fiji’s Permanent Representative to the United Nation. UNDP has 36 member countries on the executive board. Represented on this visit were 11 countries with representative’s form Nepal, Ethiopia, Tanzia, Australia, Ireland, Nepal, Kenya, Russia and Fiji.

Mamanuca Environment Society was there to showcase the current work conducted with the Turtle Conservation Project funded by UNDP.

MES was joined by TEITEI Taveuni and Future Forest Fiji. The display put on by MES drew interest from the delegates who roamed and viewed the display and were keen to know more about sea turtles in the Mamanucas. With very little time that the delegates had to view the displays, most walked away with reports, documents and flyers to read through in their own time, as now they have been intrigued by the display and the life of sea turtles.