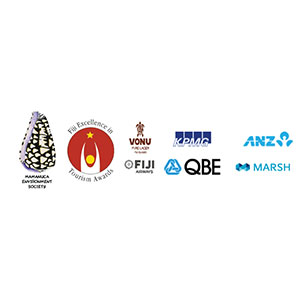 The Mamanuca Environment Society held its Annual General meeting at Castaway Island Resort on the 12th of April.

The meet brought together all stakeholders, members and staffs who have been on the backbone of this unique and small society. Headed by Chairman and former CEO of Castaway Island Resort, Mr. Geoffrey Shaw opened the meeting and thanked all representatives who were present for taking their time out to be part of the gathering despite their busy schedules.

Reports were given on updates and review first by the Chairman followed by Treasurer of the society, Mr. Steve Anstey. There were positive feedbacks from the society’s treasurer on the financial upgrade of the society which has seen it improved from the last review. The last report was delivered by MES Project Manager Marica Vakacola. In her statements, she mentioned and stressed all the projects that the society is currently and/or has undergone with positive remarks on the achievements attained despite the small number of manpower.

With the presence of some of the society’s major sponsors, the meeting was overwhelmed with the improvement done by this small society with such huge ambitions and hardworking staff and volunteers. Issues were raised during the meeting however positive feedbacks and responses were due to the interests obtained from interested resort and companies who have showed the need to join the society and become a member.

One of the highlights from the meeting was the involvement of volunteers from sponsor companies and also university students on some of the society’s major projects. This has contributed a lot in the managing of tasks and timely completion of activities that the society has emplaced as part of its main objectives and commitment. MES Project Manager extended her gratitude’s to all volunteers for giving their time to be part of MES work and projects.

The meeting concluded around lunch time and all delegates were treated to a lovely buffet lunch prepared by renowned restaurant staffs of Castaway Island Resort. MES would like to thank all delegates who were present on the island during the AGM.