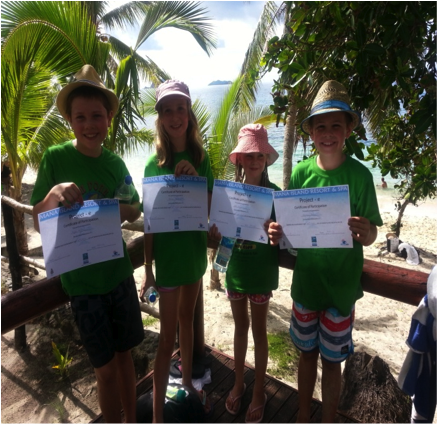 The group spent six weeks in New Zealand, four in Australia and finished the program with two weeks in Fiji which was spent in the Coral Coast and in Mana Island.

During the time of this program the students take up courses covering the environment, culture, history and economics of the visited region. According to the Program leader Professor David Garton, the group are mostly students from the College of Engineering and some from other majors such as Biology, Chemistry and Management.

Professor Garton stated that besides lectures on the ecology of reef systems the students also learned about threats to coral reefs and the important role of Marine Protected Areas.

Field exercises in this course required students to identify major reef species (corals and invertebrates), their distribution, and relative abundance before analysing and presenting their field data in class.

Professor Garton added that while the academic exercises provided a background on how coral reef systems function, the Biology course covered the study of coral reef at three locations (Heron Island on the Great Barrier Reef in Australia and the two locations in Fiji the Coral coast and at Mana Island).

Part of their program on Mana Island was attending a lecture session by the Mamanuca Environment Society. The Society Assistant Manager, Mrs Marica Vakacola covered major projects areas in the Mamanuca Group and shared the challenges they face in conserving endangered turtle species and restoration of coral reefs.

She also emphasise the importance of working in collaboration with the Mamanuca member resorts, the local communities and networking with government, non- government organisations and academic institutions in the effort in sustainably managing natural resources and conserving the Mamanuca biodiversity.

The exercise was also part of the resorts Environment day activity where guests took part and at the end of the activity, the house guests were issued certificate of participation.

Professor Garton said that “the coral planting activity was an excellent introduction for their students to important environmental issues associated with development in the island region. It also provided an experience in management and restoration of a coral reef, where knowledge is applied to local problems and issues.”

Professor Garton said that the coral planting activity compliments the classroom material presented over their six-week long course and hope to repeat the Mamanuca trip next year. 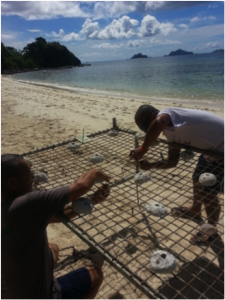 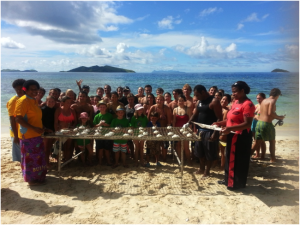