The Dilemma to save Turtle Population in the Mamanucas 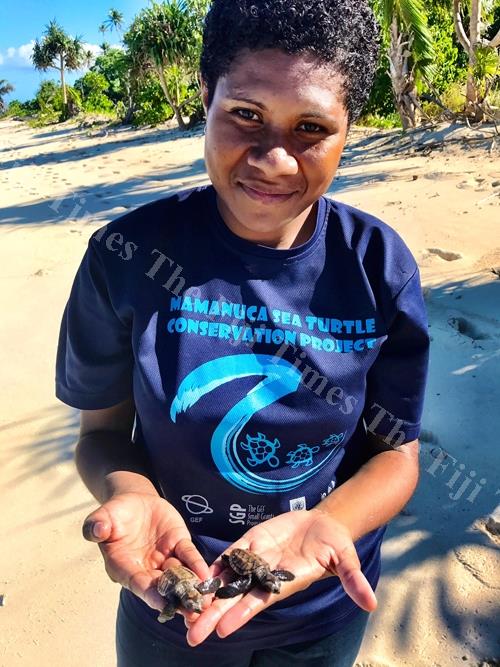 Sea turtles have existed in our oceans for more than 100 million years, but today they find themselves struggling for their lives and their future. People all over the world have heard about the plight of sea turtles in the media as their populations have been dramatically reduced worldwide, earning them Critically Endangered status on the IUCN Red List.

The Mamanuca Islands are one of the major nesting and foraging ground for Green and Hawksbill turtle and were once exploited for traditional use in the Mamanuca Group. The UNDP Small grant Programme awareness, the significance of sea turtles, their status in the world and the legislation that protect them are shared with the identified stakeholders, the villages, schools and resorts.

The 3 years UNDP funding on the Mamanuca Sea Turtle Conservation Project paved the path to more unknown information shared at all levels and has resulted in the MES extending its working partners with regional and international stakeholders working in wildlife conservation said Mrs Vakacola, MES Project Manager. The villages are well informed on the importance of conserving the sea turtle population for the current and future generation. The same information is covered in the MES Environment School Program that is used in the three primary village schools.

The Survivor Entertainment Group saw a group of hawksbill hatchlings along the beach of Tavua village.  “A majority of the clutch seemed to make it successfully down to the ocean, but several hatchlings were found dead on the beach due to being entangled in vine plants and dehydrated from being stuck out in the early morning sun. Luckily, I was able to rescue 11 of these injured hatchlings and return them back to the Mana Turtle Recovery Pond so they could be nursed back to health, Joey Brown the SEG Animal Biosecurity Officer said.” The inaugural journey of just-hatched fragile baby sea turtles sees them struggling to get to the relative safety of the ocean.

Joey returned eleven hatchlings into the Mana Turtle Recovery Pond for monitoring and later release once they are fully strong enough to survive in their natural habitat. The Mana Turtle Rehabilitation Programme accommodate to nurse weak or stray hatchlings , injured turtles and those that are washed up from beaches in the nearby islands.

After weeks of monitoring, these hatchlings were taken back to O – N – E, locally known beach at the back of Tavua Village where they were originally found to be released back on the beach close to the water’s edge and allowed to crawl to the sea. Scientifically this is called ‘imprinting’ and is considered critical to development of navigational cues which enable them to return to their beach of birth when they begin to nest later in life. MES together with the SEG marine staff assisted in the release of these eleven hatchlings back in the wild.

MES continues to work closely with conservation partners, member resorts, schools and communities in spearheading the gospel of turtle conservation to safeguard the protection of these critically endangered sea turtle population.