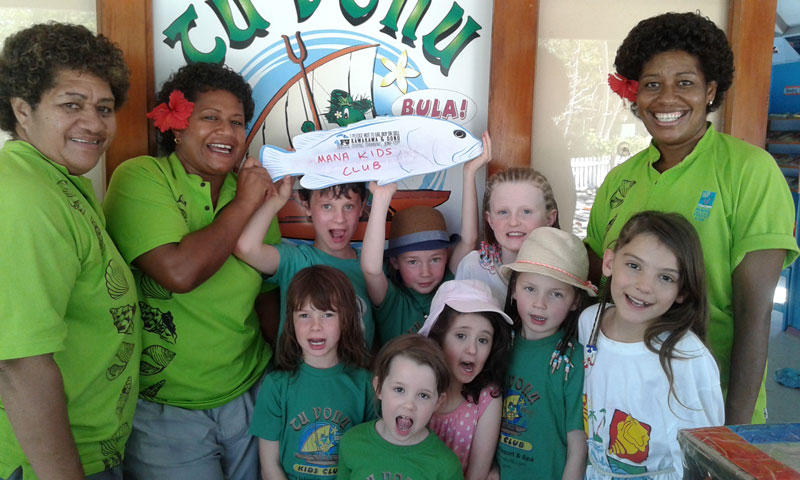 The 4FJ campaign (short for – For Fiji) is designed to break through the noise about a critical issue to Fiji’s future. It aims to help people understand why the increasing loss of a prized food fish is critical to the people of Fiji.

Kawakawa and Donu commonly called grouper in English are an important source of protein and income for Fiji Communities. However these fish are rapidly disappearing from Fiji’s reefs, threatening the food security and livelihoods of Fiji’s people.

The 4FJ campaign is an initiative by Sea Web Asia Pacific that was launched in 2013. The campaign focuses on individuals making the pledge to not catch, buy or sell kawakawa and donu during its breeding season. Kawakawa and donu breed June through September across Fiji.

Sea Web partnered with MES in late July to take the campaign to the Mamanuca group of islands. Through this partnership, three resorts, Mana island resort, Likuliku Lagoon resort and Malolo island resort have pledged not to buy, sell and catch groupers from June to September. Students also from the following schools have taken the pledge, and these include Mana SDA School, Vuda District School, and Ratu Nemani Memorial School.

If we let Kawakawa and Donu reproduce during those months, we will have more fish next year and many years to come.